Fossilized Ammonite shells are all that remain of the ancient marine animals that once dominated the Earth’s prehistoric seas. Dating back 420 million years, these mollusk creatures lived in abundance and thrived as an evolutionary life force. This species became extinct during the same cataclysmic event that claimed the dinosaurs 66 million years ago.

Encompassing the planetary energy of the past several eras, Ammonite raises awareness of our intertwined ancestral destinies. Continuously undergoing a cycle of rebirth, their intricate spiral-shaped shells expanded to support every new stage of life. Embracing change as your journey unfolds, Ammonite clears inherited karma and negative programming.

Guiding the mind into the depths of consciousness, Ammonite facilitates dreamwork and past-life recall. Heightening your natural instincts, it offers insight into the essence of who you are and what you truly value. Supporting your greater purpose, it empowers spiritual will and perseverance to overcome any challenge.

A spiral-shaped fossilized shell, ranging in size from 1 inch to 9 feet in diameter. With distinctive inner chambers, the animal only occupied the largest, most outer section. Some specimens display a colourful pearlescent layer of aragonite known as Ammolite.

Found worldwide, wherever an ocean existed in the past 420 million years.

Get updates on new crystal content, products, and more! 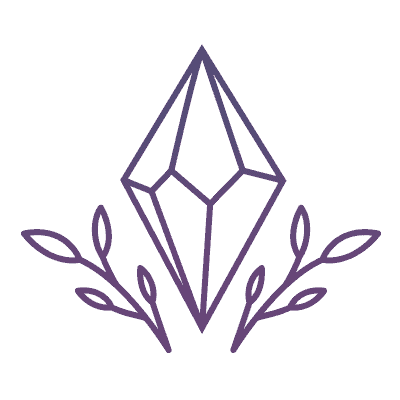